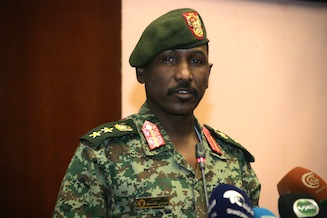 The Sudanese army on Sunday said a media report that its troops had carried out a mass rape in the war-torn western region of Darfur was “unjustified and unreasonable”.

The denial came days after the military refused peacekeepers access to Tabit in North Darfur state, where they were travelling to investigate the alleged rape of 200 women and girls.

“Mass rape is something completely new to us as Sudanese,” he told a news conference.

A local news website had reported on November 2 that troops entered Tabit at the end of October after a soldier went missing and raped 200 women and young girls.

“Tabit is a small village and our operation there is very small, and numbers around 100 soldiers,” Saad said.

He also said that the allegations concerned 600 women and girls, instead of the 200 reported.

The UN-African Union Mission in Darfur (UNAMID) said it sent a patrol from state capital El Fasher to Tabit on Tuesday and Sudanese soldiers barred it entry.

“We welcomed them, but we asked them about the official permissions which they have to have with them, and they returned to El Fasher,” Saad said.

He said a soldier was missing after visiting a family in Tabit, and that the army had ordered the family not to leave the village.

The army is still searching for him, Saad said.

Darfur erupted into conflict in 2003 when ethnic insurgents rebelled against the Arab-dominated Khartoum government, complaining of being marginalised.

Rising criminality and fighting among Arab tribes over resources and water have seen the security situation in the region deteriorate even further.

The United Nations says 300,000 people have been killed in Darfur and more than two million displaced since 2003.