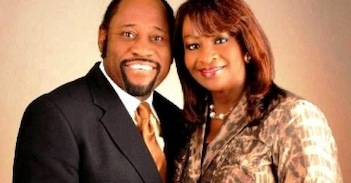 A jet crashed Sunday near Freeport, a city on the island of Grand Bahama, killing all nine people on board, authorities said.

The flight originated from Nassau, the capital, according to a statement from the Federal Aviation Administration, which said it will investigate.

The cause of the crash was not immediately clear.

Inspector Terecita Pinder, of the Royal Bahamas Police Force, confirmed that all those on board died. Police have not released their identities.

According to former UN Ambassador Andrew Young, Myles and Ruth Munroe were among the victims.

“Ambassador Young expresses his deep sadness over the tragic death of his friends Dr. Myles and Mrs. Ruth Munroe. He offers condolences to the Munroe family and the families of the other souls who lost their lives as a result of this shocking plane crash,” the Andrew Young Foundation said in a statement.

Young is a scheduled speaker at a conference starting in Freeport on Monday.