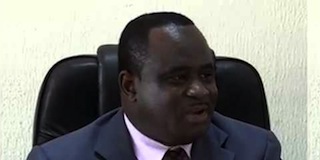 The National Agency for Foods and Drugs Administration and Control (NAFDAC) on Monday said a man suspected to be in possession of 10,000 labels of assorted drinks had been arrested in Enugu.

The Chief Co-ordinator of the agency in Enugu state, Mr Ikechuku Okoye, made this known to newsmen in Enugu.

Okoye said that the suspect was arrested following information from members of the public.

He said that the suspect operated an illegal distillery at No. 1, Ugbaike Road, Obollo Afor in Udenu Local Government Area where he allegedly made drinks and sold to unsuspecting members of the public.

He said the labels had fake NAFDAC numbers and batch numbers, adding that what gave the suspect out was that he used a fake address which was not specific.

The coordinator said that the illegal distillery had been sealed while the agency had declared a man-hunt for the printer of the labels, saying that the printer was an accomplice in the case.

Questioned by newsmen, the suspect said that he had only produced one batch of drinks and distributed them before the law caught up with him.

The suspect, who pleaded for mercy, said that he had planned to raise money from the business before going to NAFDAC to register the drinks.

He said that he had earlier worked in a registered distillery where he learnt the trade.