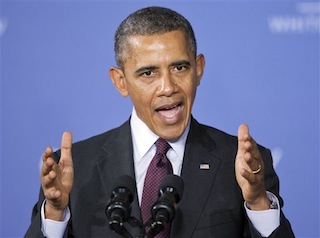 A statement issued by the US embassy in Abuja condemned in the strongest terms, the incessant attacks on defenceless civilians in North East Nigeria this past week.

The statement cited recent attacks in Ashura in Potiskum in Yobe, Gombe, Malam Fatori in Borno and Azare in Bauchi State.

The Embassy statement indicated that “while final numbers are not known, scores of persons have been killed or injured in these attacks.

“The US offers its sincere sympathy to the injured and to the families of the murdered. We urge the government of Nigeria to investigate these and other attacks to bring the perpetrators to justice.”

US reiterated its commitment to support the people of Northern Nigeria in their struggle to stop the abhorrent actions of Boko Haram and associated terrorist groups.

Ban extended his sincere condolences to the families of the bereaved and to the government and people of Nigeria.

A statement issued by the world body said “the UN secretary-general is outraged by the frequency and brutality of attacks against educational institutions in the North of the country.

“The UN scribe demands an immediate cessation to these abominable crimes.”

Ban stressed the need to bring the perpetrators to justice through a process respectful of Nigeria’s human rights obligations.

He also appealed for adequate security measures for civilians.

“The UN secretary-general reiterates his firm conviction that no objective justifies wanton violence against civilians,” the statement added.

Also, a statement by UNICEF warned that repeated and relentless attacks on children and schools were attacks on the future of Nigeria.

It expressed concern that Nigeria already had the largest number of children out of school in the world and the attacks on schools would exacerbate the situation.

“We call on those with the responsibility and power to bring the perpetrators of this cruel act to justice, and to uphold their responsibilities to protect children,” UNICEF said in the statement.