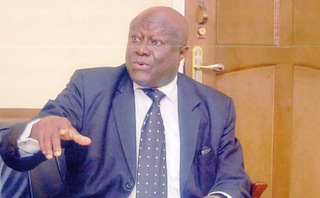 A record number of 19, 472 students of the University of Benin (UNIBEN), will graduate in the University’s Convocation and Founder’s Day ceremony slated for Wednesday 19 November, 2014.

The outgoing Vice Chancellor of the University, Professor Osayuki Godwin Oshodin who disclosed this during a valedictory press briefing held at the Senate Chamber of the University, said 118 of the graduands would bag First Class honours degree in the week-long ceremony.

“This year, we shall be awarding various Diplomas and Degrees of the university to graduands who completed their academic programmes in 2011/2012 and 2012/2013 academic sessions.

“You can see that we are combining two sessions, the reason for this is that last year, we could not hold our convocation because of the nationwide strike embarked upon by the Academic Staff Union of Nigerian Universities,” Oshodin said.

Oshodin, who said he was fulfilled both as an individual and as a corporate office administrator, said, “This year’s convocation can be described as a valedictory one for me, since this is the last I will be presiding as Vice Chancellor. There is no doubt that the modest achievements of my administration since its inception in November, 2009 have been captured in various publications.”