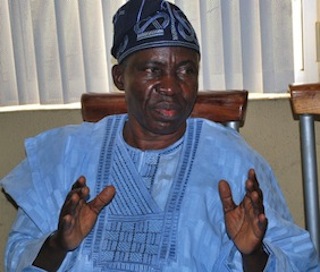 The three Ogun senators, Adegbenga Kaka, Akin Odunsi, and Gbenga Obadara on Wednesday submitted their letters of defection from the All Progressives Congress (APC) to the Social Democratic Party (SDP).

Chairman of the state caucus at the National Assembly, Kaka told journalists in Abuja that the three of them delivered their letters to the leadership of the Senate.

He said the official correspondences were aimed at notifying the Senate President, Sen. David Mark, of their defections from the APC to the SDP.

Kaka said their actions were consequent upon the “factionalisation in the party (APC in Ogun) leading to the emergence of parallel executives from ward, local government areas to state levels”.

He said “our protest, appeal and demand for justice from the national leadership of the party have yielded no result”.

“Rather, the faction that flagrantly flouted the party guidelines was given recognition by the National Executive,” he said.

Kaka said that they had no option than to withdraw their membership of the party after due consultations with their constituents.

“We gave a very long rope. We felt that we cannot be looking for peace when the other members involved in the illegality are not interested in peace.”

“Our supporters are getting restless and the deadline for submission of forms is closing. We cannot continue to wait endlessly.”

Asked whether they could still reconsider their decisions, Kaka said that only God could make them to change their minds.

“We have waited for over two and half years to even have an interaction with the governor, but he avoids us. We have explored all channels to resolve the crisis without success.

“Maybe the leadership of the party thinks otherwise about us. The tendency for impunity and injustice led us to where we are today,” he said.

According to him, “the situation where three senators, seven House of Representatives members, the deputy governor, many members of the state House of Assembly and Chief Aremu Osoba himself are pulling out gives cause to worry,” Kaka said.

On why they chose SDP, he said that apart from their ideological orientation, the SDP was the party Chief Segun Osoba rode on to becoming a governor of the state.