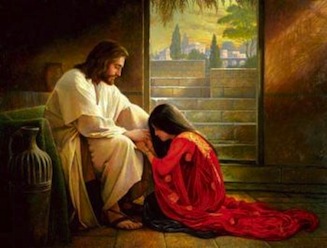 A new book was launched in London on Wednesday claiming to have fresh evidence that Jesus married and had children with Mary Magdalene, but it drew derision from some quarters.

The authors of “The Lost Gospel” made their claims based on a new translation they have made of an ancient manuscript held in the British Library, and two accompanying letters.

The manuscript, “Joseph and Aseneth”, elaborates on the story of Joseph as recounted in the Book of Genesis and is thought to date back to the sixth century.

Simcha Jacobovici, an Israeli-Canadian documentary filmmaker, and Canadian academic Barrie Wilson say they found a code in the document and believe it refers to Jesus.

“It presents the courtship, marriage, children and an attempt on his life in coded, symbolic terms,” they said in a statement.

“Because the early years of the Church were so rife with conflict, important manuscripts were disguised in this way to protect it from those who sought to alter or destroy it.”

Critics have rounded on the new book, which is accompanied by a television documentary.

The Church of England dismissed the claims, and Diarmaid MacCulloch, professor of church history at Oxford University, told AFP they were based on a “mistaken reading” of the text.

“What they’ve tried to do is say it’s an allegory of the life of Jesus. But it isn’t,” he said.

Wilson, a professor of religious studies at York University in Toronto, dismissed the “off-the-cuff negative comments”, saying they were motivated by “theological protectionism”.

An ancient piece of papyrus found in 2012 contained a mention of Jesus’s wife but did not name her. It too caused a stir, as Christian tradition has long held he was not married.