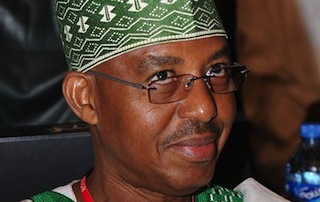 The Federal Government says the planned strike by the Joint Health Sector Union (JOHESU) is unjustifiable, unnecessary and unfortunate.

The Supervising Minister of Health, Dr Khaliru Alhassan, stated government’s position at a news conference in Abuja on Wednesday.

Alhassan said the decision of JOHESU’s executive to embark on strike from 12:00 a.m. on Nov. 13 was unnecessary because of ongoing negotiations between the union and government.

The minister said the call for strike suggested that there could be more to incessant strikes by the union than what it was clamouring for.

“The strike is unexpected because it is against the rules governing the relationship between the ministry and the workers.

“It is most unnecessary because there is ongoing dialogue which has been very successful at various stages whereby most of the demands of JOHESU have been met.

“The last meeting between JOHESU and government on Nov. 6 ended amicably with some prescribed assignments for both government and the union,” the minister said.

According to him, government has demonstrated sufficient commitment to permanently address some of the issues raised by the various unions in the health sector.

He described the latest call for strike by JOHESU as a glaring display of lack of patriotism on the part of the union leaders.

Alhassan said government had corrected the lop-sidedness and unlawful constitution of the boards of management of the various teaching hospitals among six other demands raised by the union.

The minister urged Nigerians to appreciate the efforts of government aimed at resolving the issues raised by the union and called on JOHESU to reconsider its stand.

“The general public is invited to note that government has shown commitment to the cause of the health workers and that high level body was working on issues with JOHESU.

“There had not been any disagreement of any fundamental nature to warrant the strike.

“I am hereby calling on the leadership of JOHESU to call on their members to understand that there is a lawful way of conducting industrial action and not to let other Nigerians to read meanings into their action,” he said.

The minister called on heads of all tertiary hospitals and other agencies in the health sector to watch out and report any unsatisfactory conduct by members of the union.

NAN recalls that the union had instructed its members to down tools from Nov. 13, 2014, saying government had not met their demands.