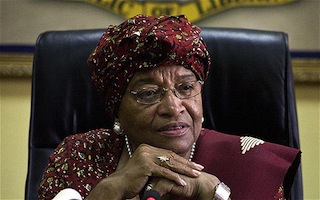 Liberia said on Thursday it had lifted a state of emergency imposed for its “very survival” three months ago as the deadly Ebola virus was cutting a swathe through the west African nation.

“I have informed the leadership of the national legislature that I will not seek an extension of the state of emergency,” President Ellen Johnson Sirleaf announced on state-owned ELBC radio network.