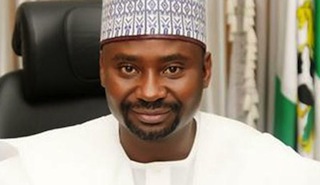 The N250 million naira donated by President Goodluck Jonathan to victims of the Port Harcourt fire disaster at Mile One Market, has pitched the National Emergency Management Agency (NEMA), saddled with the responsibility to disburse the fund, against the affected traders who alleged that the fund had been embezzled.

The N250 million intervention fund was donated by Adamu Muazu, the National Chairman of the Peoples Democratic Party, PDP, on behalf of President Jonathan.

The Director General of NEMA, Muhammed Sani Sidi, who denied the allegfation at a sensitisation rally organised by the agency for the traders in Port Harcourt, southern Nigeria, said that the fund is intact. Sidi who was represented by the South-South Zonal Coordinator of NEMA, Benjamin Owena, also said that the modalities for payment to the 3,000 affected traders were still being processed.

Sidi averred that: “As at today, we have not commenced payment to people that are affected. When you have cash that you are dealing with, you have to be sure that you are paying the right people.”

He explained that NEMA is embarking on a thorough documentation of the of bona fide traders to ensure that all those affected are duly paid, adding that it is purely a documentation matter.

“The money is intact and as soon as we finish documentation, the money would be paid,” he stated. President Jonathan made the donation through  Muazu when he visited the Rivers State Secretariat of the party on 13 October, 2014.

Muazu had announced that the President felt pained that a year after the fire disaster the market had not been rebuilt.

He then promised that if President Jonathan is re-elected rebuilding the market would be his first priority.

The promise by the President to rebuild the market was scorned by the Rivers State Government as a campaign gimmick.

Mrs. Ibim Semenitari, the state Commissioner for Information and Communications, dismissed it as a Greek gift. She asked the Federal Government construct the Bodo-Bonny road, the Port Harcourt International Market and complete the abandoned Almajiri schools in the state.