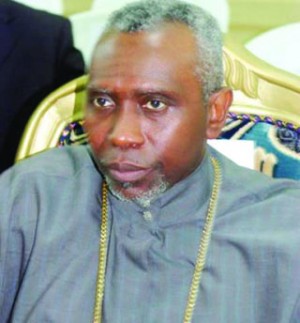 A Federal High Court sitting in Kano State has fixed November 28 for further mention in the case between lecturers of Bayero University, Kano, and Presidentof the Christian Association of Nigeria (CAN), Pastor Ayo Oritsejafor.

According to Daily Trust, the lecturers had on 8 October, 2014, dragged President Goodluck Jonathan, the National Assembly, CAN president and four others before the court over the use of a private jet belonging to Pastor Oritsejafor to smuggle $9.5m to South Africa to purchase weapons.

During the court sitting on Thursday, the plaintiffs, Dr. Sa’idu Ahmad Dukawa, Dr. Salisu Shehu, Isa Ibrahim Garba, Kamilu Hassan Kwatawa, Umar Jibrin Gwandu and Professor Ishaq Akintola of Lagos State University, through their counsel, Barrister Audu Bukarti Bulama, filed a motion with six others supported with 14 paragraphs seeking the court to grant their motion to issue the defendants a summons to appear before the court.

One of the motions also urged the court to grant their prayer to appoint DHL Express to serve as bailiff for issuance of the originating process to the defendants.

Justice Fatu Riman, who presided over the court, granted the applications and adjourned the matter till 28 November for further mention. The CAN leader’s private plane with US registration number N808HG was one of two jets cited by South African officials on September 5.

Oritsejafor’s jet arrived South Africa with $9.3 million cash loaded in several suitcases. News of the seizure of the cash triggered questions about the ownership of the jets and weapons they intended to purchase.

Nigerian aviation authorities disclosed that one of the jets belonged to Pastor Oritsejafor while the second one was registered to Felix Idiga, the owner of Jafac Aviation Limited.

Two Nigerians and an Israeli defence contractor, Eyal Mesiaka arrived in the jet when they were accosted in South Africa authorities. A South African source disclosed that Mr. Oritsejafor’s jet was released after top Nigerian officials intervened, claiming that the weapons to be purchased had the official blessing of the Nigerian government.

The jet arrived with two plastic suitcases and two hand luggage with combination locks only known to the Isreali contractor, according to CityPress

When P.M.NEWS contacted sources at the Nigeria Civil Aviation Authority, NCAA, over the ownership of the jet intercepted with cash, they said since it was not registered in Nigeria, they had no clue about who owns it.

However, the CAN president’s media consultant, Mike Awe, told P.M.NEWS that since the Federal Government has owned up to the incident, his principal has nothing to do with it. According to Awe, “it is a normal practice that private jet owners hire them out whenever they are not using the jet and what happened in South Africa might just be that the government hired the jet.”

A statement by  Dr Shima Adun on behalf of a company, Green Coast Produce Limited, said “a Bombardier Challenger 600 aircraft Registration No N808HG was leased to us, Green Coast Produce Company Limited, on the 2nd of August 2014. We have since that time been running and managing charter services with the aircraft in accordance and compliance with global best practices.”

Adun said the said terms are normative within the industry.

“As with every other aircraft charter company, our knowledge of the cargo carried on the aircraft was in accordance with the information provided by John Ishyaku. All cargo were accompanied by passenger who could readily defend the contents. We are not and cannot be privy to any alleged extraneous cargo transported on the aircraft other than that declared in the agreed terms of hire.

“We are not liable and cannot be construed as a party to any alleged infractions, either in Nigeria or South Africa as the case may be, after the hire of the aircraft.

“We issue this statement without prejudice to any statutory or commissioned investigation being conducted or to be conducted in South Africa or Nigeria.”

Reports say the $9.5 million was seized by South African authorities, while the plane was later released and  flown to Ghana.