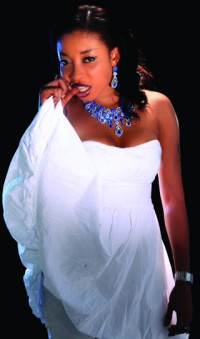 The actress disclosed that the shooting which started last week will last a month as the cast and crew are working on six projects.

“We just discovered that most of the cast here fit into our philosophy of in-depth acting skills and core professionalism. Therefore, we are retaining them for continuity and are equally bringing in others to who have several scenes to shoot,” Anjorin said.

She added that the core of her cast and crew are camped on the island.

“It is a massive project. This is the standard I have set for myself. We invested heavily on equipment just as production cost skyrockets every day. But we are up to the task,” the pretty actress added.