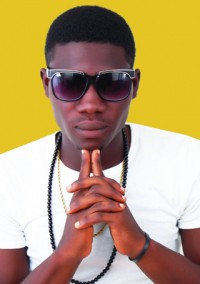 An indigene of Kogi State, he travelled a lot growing up, learning various cultures which influenced him. Having spent time in Ekiti, Kogi, Anambra and Abuja before relocating to Lagos to focus on his music career, the fun-loving entertainer who is in his mid-twenties performs all kinds of music, ranging from highlife to dancehall and R’n’B.

Kenny Joe, who was formerly signed to House of Magic, an Anambra-based record label, has 12 songs to his credit, and the one currently trending is “Booty Style”, which is a fine blend of hip-hop and dancehall, and was produced by Iju-based producer, LION.

Kenny Joe gets his music inspiration from his surroundings and situations. His music mentors include R-Kelly, James Blunt, P-Square, Banky W and 2face.