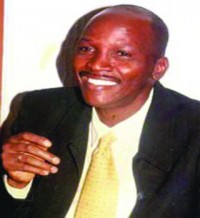 The second edition of Music & Entertainment Gospel Awards, MEGA, holding tonight, Friday 14 November at The Haven Event Centre, GRA Ikeja, Lagos will be celebrating the authentic voices in the Nigeria gospel music genre. This was revealed by Femi Akintunde Johnson, seasoned entertainment journalist and executive producer of the awards.

According to FAJ, the organisers are confident that when all things fall in place, MEGA 2014 will have advanced several steps forward in making gospel music reclaim lost ground and underscore Nigerian entertainment as the real sector of the Nigerian economy and lifestyle.

“And what’s more – this year’s theme would have rekindled a new spirit that proclaims: the revolution has indeed begun,” he said.

After months of rigorous screening exercise by a three-tier process of identifying and celebrating the best music performed by some of Nigeria most talented people, a well-attended Nominees’ Unveil ceremony was conducted on Tuesday, 21 October where about 24 categories were announced. Ten others were stepped down until the main event.

FAJ noted that over 70 nominees spanning close to 110 nominations in 36 award categories have received their nomination letters.

The excitement of the awards has thrown up high expectation among the general public, especially within the entertainment industry, as artistes jostle to perform – even from outside Lagos. Some exciting young faces have been pencilled to perform at the Mix-Zone, the one and half hour spectacle that has now been upgraded to an award status.