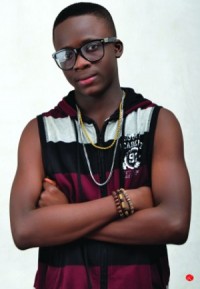 Ivan who hails from Delta State and based in Port Harcourt dropped the singles few days ago.

Speaking on the new songs, the upcoming singer said Feel Alright is a dance track, while Music is also groovy track. He urged music fans to watch out for the new singles that he believes will rock the Nigerian music scene.

“The songs are great. You have to listen to them. I have worked very hard with my team. This is a good start for us. You must be ready to be on your feet when you listen to those songs. We are just kicking off. The sky is our limit,” said Ivan, who is currently in Lagos to push the songs.

Ivan, signed to Godiva Music, has also concluded plans to release the video of Music, directed by Andru Films.