Ebola-infected doctor from Sierra Leone flown to US 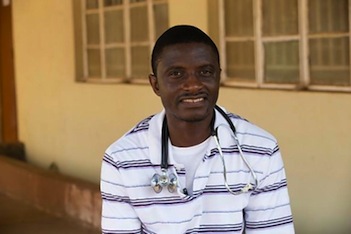 A doctor from Sierra Leone who has contracted Ebola was early Saturday flown to the US where he has residency to be treated for the deadly virus, a senior medical official told AFP.

Salia had been treating Ebola patients at Freetown’s Connaught Hospital, he said.

On Thursday the Nebraska Medical Center in Omaha, one of a handful equipped to handle Ebola cases in the US, said that it would treat the doctor if he were well enough to travel.

“The members of the crew will determine whether the patient is stable enough for transport — if he is, he would arrive in Omaha sometime Saturday afternoon,” the hospital said in a statement on Thursday.

CNN had reported that Salia is married to a US citizen and has several children.

The Nebraska Medical Center’s biocontainment unit is one of only a handful of hospitals in the United States with facilities to treat Ebola.

Nine people have been treated for the killer virus in the United States, but only one — Liberian-born Thomas Eric Duncan — has died from the disease on US soil.

There are currently no cases of Ebola in the US.

West Africa is battling the deadliest Ebola outbreak ever, which has killed more than 5,100 people and infected nearly 15,000 in total, mostly in hardest hit Liberia, Sierra Leone and Guinea.