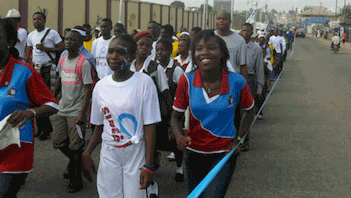 Ujomu made the assertion in an interview with NAN on the sidelines of activities marking the 2014 World Diabetes Day (WDD) in Lagos.

NAN reports WDD is a day set aside by the International Federation for Diabetes to increase the awareness about diabetes.

WDD is marked annually on 14 November, and the 2014 campaign marks the first of a three-year (2014-16) focus on healthy living and diabetes.

Ujomu said: “The number of people with diabetes may be on the increase because there are so many predisposing factors that are all over the place.

“Like every other statistics in Nigeria, there is always controversy about the number but right now, we believe about six million people are living with diabetes in this country.

“Some of the factors are the kind of foods we eat; culture, lifestyle and other things that happen to us.

“These are all signposts of an imminent danger in the increase of the number of people living with diabetes”.

According to Ujomu, there is need to expand the message horizon by talking to communities as almost half of the people with diabetes remain undiagnosed.

“For this year’s WDD, we had a walk, which is about sensitisation and awareness creation and over 500 people were screened.

“At our level, all we are doing is education, testing, making sure that people know their status and encouraging early treatment.

“Internationally, stem cells are being developed for all kinds of ailments but we do not have any proof of that yet in the country,” he said.

Dr Afoke Isiavwe, Medical Director, Rainbow Specialist Medical Centre, Lekki, Lagos, said, that “Diabetes often times has no symptoms and by the time most people realise it, the cost of treatment and management becomes high.

“Majority of people who have diabetes are between the ages of 40 and 59 years. But again, the younger age groups are getting diabetes now, especially as a result of feeding habits and lifestyles.

Dr Paul Amaze, a Consultant Endocrinologist, said that there were different types of diabetes.

“There are different types of diabetes such as Type 1, Type 2, Gestational Diabetes and a few others. The Type 2 Diabetes is common and affects the older people.

“Younger children usually have the Type 1 Diabetes. We also have Gestational Diabetes, which is found in some women during pregnancy. Constant exercise and healthy diet are the only ways to prevent and manage diabetes,” he said.

Amaze urged Nigerians to be careful with their feeding pattern.

“We should watch what we eat. Avoid too much intake of fatty and oily foods, smoking, alcohol, carbonated drinks as well as sugary food and drinks.

“Exercise regularly to burn calories and keep fit always; by so doing the rate of diabetes would be reduced.

“ Nigerians should be conscious of regular checkup to enable early treatment and management of positive cases.

“The rapid test for the check takes less than five minutes to be done,’’ he said.