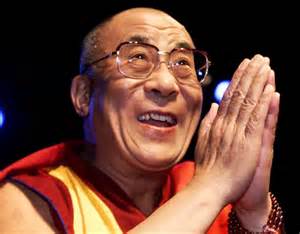 A summit of Nobel peace laureates scheduled to be held in Cape Town has been moved to Rome after the South African government failed to issue a visa to the Dalai Lama, organisers said Sunday.

The gathering will now take place in the Italian city from December 12-14, the summit’s secretariat said in a statement.

The event was “suspended” in September “after the South African government failed to issue a visa for His Holiness the Dalai Lama who had hoped to attend the world peace summit in Cape Town,” it said.

The South African government however has denied refusing entry to Tibet’s exiled spiritual leader, saying instead that he withdrew his application.

It marks the third time the government has dragged its feet on a visa for the bespectacled monk as the country builds closer economic ties with China.

The event would have been the first-ever summit of Nobel peace laureates in Africa.

Rome is where the summit was originally conceived and the city hosted the first eight of the laureates’ get-togethers.

Previous summits have been held in Paris, Berlin, Hiroshima, Chicago and Warsaw.

Next month’s summit will celebrate the 20th anniversary of the end of apartheid in South Africa and the legacy of the late Nelson Mandela — also a Nobel peace prize winner.

South Africa’s retired Archbishop Desmond Tutu will lead the official opening ceremony of the Rome summit. Commenting on the visa row last month, Tutu said he was “ashamed to call this lickspittle bunch my government”.

The Dalai Lama, branded a terrorist by Beijing, fled Tibet in 1959 after a failed uprising against Chinese rule and has lived in exile ever since.

China accuses the Dalai Lama of seeking to split Tibet from the rest of China and of fomenting unrest in the region.