Hospital dismisses doctor, 3 others for lawlessness 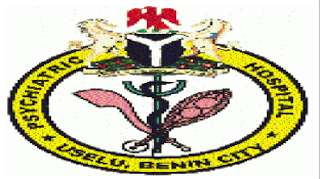 The management of‎ the Federal Nuero Psychiatric Hospital, Uselu, Benin, has dismissed four members of staff, including a medical doctor of the hospital, over alleged lawlessness and insubordination.

The Chief Medical Director of the Hospital, Dr. Sunny Olotu, who confirmed the dismissal of the affected persons, further disclosed that two others, namely, Dr. Charles Ikeji and Ms. O. U. Morgan, were also suspended.

Olotu explained that the punitive measure was taken against the embattled staff by the management board of the hospital “with recourse to lay down rules and procedures,” adding that the duo of Ikeji and Morgan were suspended because they have been “investigated by the police and are currently in court over alleged felony.”

He said the decision to axe the workers was reached ‎”after tolerating their lawlessness, insubordination, misdemeanor and rebellious attitude since 2004 to 2012.”

Olotu who berated the embattled staff attempt to forcefully resume work inspite of being relieved of their appointment stated: “the action is a reaction of their anti-social attitude.”

According to him, “With recourse to the extant rule of the civil service, those investigated for criminality have been suspended; and we have implemented the rule accordingly.

“So, we are likely going to have more peace in the hospital because some of them have been the arrow head that have rocked the peace of the hospital,” he added.