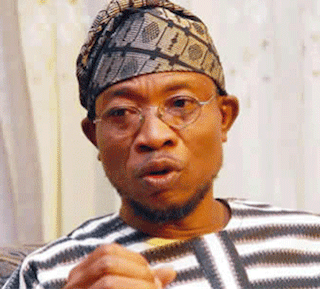 Governor Rauf Adesoji Aregbesola of Osun has declared that digital form of journalism has become an integral part of our cherished political legacy as it offers new scope and invaluable tool of ensuring the conduct of free and fair elections in the country.

The governor stated this today while speaking as a Guest Speaker at the official opening ceremony of the 2014 Ogun NUJ Press week.

The programme which was held at the Press Centre, Iwe Iroyin, Oke Ilewo, Abeokuta had media dignitaries from across the Southwest in attendance.

The governor, who was represented by the State Commissioner for Information and Strategy, Oluomo Sunday Akere spoke on the lecture titled: ‘Effectiveness of Journalism in a free and fair election: The Social Media advantage’. He explained the importance of digital journalism, especially as it affects elections in the country, adding that, it was part of what made him victorious during the last August governorship election Osun.

“A new frontier in press freedom has been opened with the advent of the internet and the social media. The internet offers new opportunity for freedom beyond the traditional reach of government clampdown. The internet has rightly observed, breaches and bridges the physical barriers once constituted by state borders. The internet, indeed, brings the world to a borderless state.

“The traditional print and electronic media functioned on information dissemination through restricted platforms in the sense that access to the platforms was controlled by their managers and their owners.

“It is a platform of information dissemination in which the barriers of time and space collapses. So the social media form of journalism is a powerful tool that can enhance press freedom in many ways. It thus offers a valuable advantage in that, it can be used to improve our political life as well. And I dare say it has been proving useful in this regard.

“I am fully aware that in the just conclude gubernatorial election in the State of Osun, the social media and the internet made it more difficult for the forces of darkness in our midst to ply their accustomed trade of election manipulation and rigging.

“They played very good roles in making the results available to the public as they were being formally announced by officials of the Independent National Electoral Commission, INEC. The fact that the announced results were already in the public domain – thanks to internet journalism – made it almost impossible for the election be declared inconclusive as it was done during the June 12, 19993 elections.

“Therefore, the digital form of journalism has become part of our cherished political legacy. It offers a new era and an invaluable tool of ensuring the conduct of free and fair elections in the country. This is something we must further explore and protect for the betterment of our electoral process and our political life. Indeed, it
is my belief that this should be constitutionally made a part of our electoral process.

“However, just as there are positives, there are also negatives on the internet. The internet offers a limitless opportunity for libel and falsehood. The kind of control possible in the print and electronic media does not exist on the internet. The internet therefore is also a veritable machine for election rigging. Recall the 2003 governorship election in Lagos when false results were posted on INEC’s website. While many thought that it was a deliberate action as a prelude to manipulating the result, INEC alleged that its website was hacked. The
truth is in between.

“Just as updates on electoral situation are being streamed online in real time, so also is falsehood. Conscious efforts are being made to address this problem in other lands. Legal actions can be taken against false reports and some online publications owners have been sent to prison for deliberate falsehood. However, some publications
can still be anonymous and difficult to trace. Some publications can be put down by the internet service provider.

“These disadvantages notwithstanding, the positives overwhelm the negatives and the internet has extended the frontiers of freedom; it has helped pulled down dictatorships and will promote the cause of free and fair election if put to the right use.

“We must continue to insist on the freedom of the people to know as a fundamental human right. This is necessary for the consolidation of our democratic development,” Aregbesola posited.

In his remark at the event, the Chairman of the occasion, Alhaji Yussuph Olaniyonu, who is also the Ogun State Commissioner for Information and Strategy thanked the organisers for choosing the topic and the Guest Speaker, which according to him, put a round peg in a round hole.

“I am very happy that this hall is filled to the brim as the topic we are discussing affects everybody. If this topic is well treated and we all listen to very well, I am very sure that 60 per cent of our problems would have been solved.

“We all know that we are entering into an election year in the country, but yet, we have not understood how to elect our leaders. If we look at the development, especially, concerning the registration of voter’s cards, if you go around the centres, people are on ground but the fear is that are they going to be registered.

“I don’t even know whether I am going to vote next year because I have not got my card. When we talk about this problem, discuss it and x-ray it today, we would have surmounted one of the problems of election and move ahead to
others,” Olaniyonu stated.

The State Chairman of the Nigeria Union of Journalists, NUJ, Ogun State chapter, Comrade Wole Sokunbi disclosed that this year’s event is a twin programme aiming at provides platform for all members to interact and recognize some members and well meaning Nigerian and also to raise fund for the construction of the permanent secretariat of Ogun NUJ.

The programme continues tomorrow with cultural activities where all members are enjoined to wear cultural attires.

The keynote address will also be delivered by the Osun State Commissioner for Home Affairs, Tourism and Culture, Hon. Sikiru Adetona Ayedun.

Programme for the fund raising of N150million construction of the permanent secretariat is slated for Wednesday at the new site, along Abiola way, Abeokuta while Thursday is for the Health walk and an Evening with Her Excellency, the wife of the State governor, Mrs Olufunsho Amosun.

The grand finale is billed for Friday evening after the Jumat prayer where some individuals and corporate organisations will be honoured.