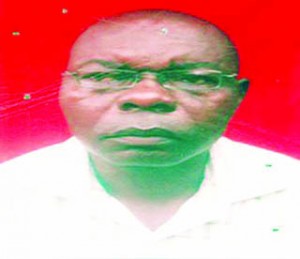 The gunmen who kinapped the correspondent of The Nation newspaper in Aba, Abia state, eastern Nigeria, have demanded N20m ransom for his release.

The correspondent, Mr. Ugochukwu Ugorji-Eke, was seized by gunmen on Sunday at his Aba residence at about 7:30 p.m.

Follwoing the incident, the Abia State Government has promised to ensure his early release from his abductors.

Briefing newsmen at the Government House on the matter, the Commissioner for Petroleum and alternate Commissioner for Information and Strategy, Chief Don Ubani, wondered why Ugorji-Eke will be the target of the kidnappers being merely a journalist who does not constitute a threat to anyone and of the middle class.

He said that the state government has risen to the occasion and made necessary contacts with the various security agencies in the state with a view to securing his release and expressed optimism that he will soon regain his freedom.

The Chief Press Secretary to Abia State Governor, Mr. Charles Ajunwa, revealed that the kidnappers dragged the journalist out of his car by 7:30 p.m. and took him away to an undisclosed location.