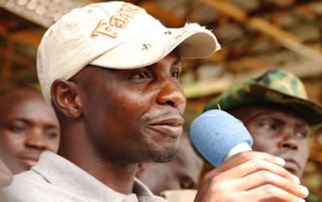 The Niger Delta Civil Society Coalition (NDCS) has expressed shock at the kidnap of Nigerian journalists in course of official, legitimate assignment in Delta state, by Chief Government Ekpemupolo popularly known as Tompolo. The group claims that the ex-militant leader and his men completely violated the right to liberty and security of the journalists.

Anyankwe Nsirimovu, Head of the NDCSC said it was alarming that Emma Amaize of Vanguard Newspaper; Shola O’Neil and Bolaji Ogundele of The Nation Newspaper, a reporter with Daily Independent Mr. Emma Arubi and Channels TV cameraman/reporter amongst others have been kidnapped at Oporoza in Gbaramatu Kingdom.

The civil society group stated that the Nigerian constitution is unambiguous on the fact that no one shall forcefully deny another his right to liberty.

“NDCSC wholly condemns this show of power play and blatant disregard of the rule of law exhibited by Chief Government Ekpemupolo and his lawless group, who have no special rights whatsoever to bear arms and use same to subdue, abuse, torture, and inhumanly treat other citizens for no justifiable reasons”.

“NDCSC stated that the people of Oporoza have the fundamental right to assemble, associate and peacefully petition their governments at any level, drawing the attention of the authorities to their grievances whether personal or general, which are usually not of a legal nature. These deals mostly with political, economic or social matters for which no judicial redress exists because they usually rest within governmental discretion, as in the location of the 16billion Naira Export Processing Zone, whose location is the crux of the present disagreement.

NDCSC noted that no individual or group of individuals to should set themselves up as superior, in one manner or another, as Chief Government Ekpemupolo and his armed men did to the journalists.

According to the group their action is inimical to the basic precept of democracy and the rule of law, that all men are created free and equal.

NDCSC strongly maintains that freedom of expression and press which is the vocation of these journalists, are a critical factor in the development of democracy.

NDCSC insists that it is a monumental failure of leadership for the federal government led by President Goodluck Jonathan not to have recognised the presence of an existing conflict, if any in the area, and judiciously handle same before admitting to a groundbreaking ceremony; than humiliatingly responding and yielding to the threat and actual use of violence such as the kidnapping of the journalists represents.

“The action of Tompolo in no small measure has heightened the sense of inequality and unequal treatment on the other side, rightly or wrongly. There is presently a sense of loss and crisis of trust and confidence on the political leadership by the Itsekiri ethnic nationality, that could degenerate if not effectively managed.

NDCSC calls on the Federal Government to quickly remind Tompolo and his group of arm-totting men, that: “We are a government of laws, not of men or women; that no Nigerian is above the law. That equality before the law, or the equal subjection of all classes to the ordinary law of the land excludes the idea of any exemption of officials, friends or allies of the President from the duty of obedience to the law which governs other citizens.

NDCSC urged the Jonathan to immediately order relevant authorities to arrest and investigate all concerned in the deprivation of liberty of the journalists no matter how highly placed or connected to him.