Duchess with most titles in world dies in Spain at 88 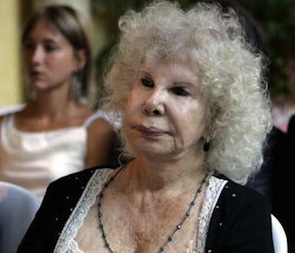 Spain’s eccentric Duchess of Alba, one of the nation’s richest women who has more titles than any other aristocrat on earth, died on Thursday at the age of 88, a spokesman for her family said.

Maria del Rosario Cayetana Fritz-James Stuart passed away at her Duenas Palace in the southern city of Seville on Thursday morning, a family spokesman told AFP.

She had been moved to her home on Tuesday night after being hospitalised with pneumonia. The socialite is survived by her husband, who is 24 years her junior.

Her premier title was Duchess of Alba de Tormes but she had more than 40 others due to a series of complicated marriages by her ancestors, which made her the noble with the most officially recognised titles in the world according to Guinness World Records.