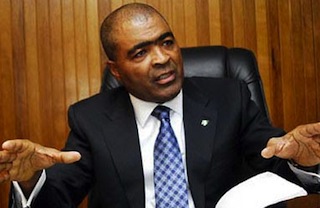 A former Minister of State for Defence, Ademola Seriki, has said that Nigerians can only fully hold elective officers accountable when they stop demanding for money from politicians and elected officers.

Seriki, a senatorial aspirant for Lagos West District on the All Progressives Congress, APC, said this when he visited the Lagos State House of Assembly to seek the blessing and approval of the lawmakers for his ambition.

According to him, Nigerian politicians would be more responsible if they realise that people stop asking for money but the impact they have made while in positions of authority at any given level.

He lamented that politicians have taken advantage of the poor level of education of the people to exploit them, leaving people to believe that the political class has failed them.

Seriki, though, noted that the Federal Government often fails in meeting budget implementation but advised the people to stop putting all the blame on the presidency wondering what role the National Assembly plays in that regard.

According to him, the legislators have a major role to play in ensuring that the people of the country enjoy the best of democracy since the arm of government is needed to strengthen any democracy.

He therefore urged Nigerians not to hesitate to flush out “bench warmers” at every level of the legislature in the country in 2015.

“If you cannot come with a bill that will help your district or constituency, then you are a disservice to development in the area of legislation.

“What is the Federal Government presence that we have in Lagos State today? People blame the President for poor budget performance, but it is not limited to him, it’s up to the Senators and members of the House of Representatives to follow up and ensure that there are equations and their respective states are well expressed in the budget,” he said.

Seriki, a former member of the Peoples Democratic Party, PDP, said he was eyeing the Senate because he thinks he could effect the much-needed change in the way things are run.

He also opposed the idea of assigning a district to senators just like it is with the members of the House of Representatives and Houses of Assembly.

He argued that while the Houses of Assembly and House of Representatives are closer to the grassroots, the Senate is better seen as a body interested in the good of the entire state.

“It is really myopic and it is really barbaric for us to be having senate as Lagos East, Lagos West… you can’t have people going for US Senate and saying New York West, New York East, nothing like that.

“If you call Lagos State a cosmopolitan state, it must be so cosmopolitan in every veracity and definition and this is part of what we are talking about because when you say cosmopolitan, that means you can go (contest) from anywhere.

He confirmed that he was in the House to seek the blessing of the lawmakers for his ambition.

He however refused to state the reasons he left the PDP, but instead maintained that the APC was a wider party having accommodated the merging of some political parties.

“For your information, I was in Alliance for Democracy, maybe you don’t know, and as a result, you have to bear in mind that APC is a new merger, a new party, a party having a new amalgamation cutting across all races in Nigeria, all tribes in Nigeria and it is like a Plc.

“We are ready to take the presidency of the country, that centre, that central government,” he said.