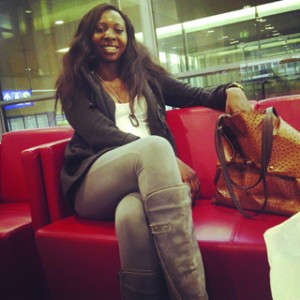 As the 28 November date for Lasgidi All-Stars Concert billed to hold at the Vantage Beach Resort, Lekki in Lagos, inches closer, the organisers have announced MTV Base VJ Ehiz and Cool FM OAP Shine as co-anchors for the show.

The talented duo will join an impressive line-up of top artistes that will thrill music fans at the event.

Recently, Wizkid, Olamide, Oritsefemi, Orezi and Chidinma were confirmed as headliners for the concert.

“Fans and lovers of great music are in for an exciting time come 28 November. It is surely going to be a memorable night-out considering the line-up of artistes set to engage the multitude of fans who will troop out to enjoy music of Nigerian origin,” said Ahmed Buolor, spokesperson for the organisers.

Akpor Donell Gbemre, the executive producer of the concert, added: “More established artistes will be confirmed as performers in the coming days and that the stage, lights and sound equipment for the concert will dazzle the audience of the show.”

Lasgidi All-Stars concert is organised by 411 Entertainment. The same company organised the Green White Green Carnival in 2009 at Oniru Beach, Lagos and the annual All Stars Concert Franchise.