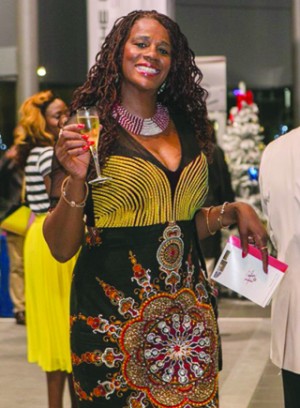 The two businesses, a Wearable Art Gallery and a vegetarian food cafe, will be unveiled during a five-hour grand opening ceremony at the iconic Nike Art Gallery in Lekki.

Queen Ahneva, who has been married to KSA for over 30 years, said the two businesses were established in collaboration with Chief Mrs. Nike Okudaiye-Davis.

She noted that as a notable fashion designer as well a chef and vegetarian, the two outfits were conceived to meet the needs of those who desire a healthy lifestyle.

“The idea behind these two outfits is about healthy lifestyle. The gallery is like a destination path for different people from all walks of life. These people will want to have a decent, healthy meal, especially those who are vegetarians, and as one, myself, I would want to cater for their needs at the cafe,” Queen Ahneva told P.M.NEWS Entertainment Cafe.

She added that the two places are all about artistry, and the cafe will play host to regular performances including live jazz band, movie premieres and regular fashion shows.

During the opening ceremony, they will be a live band performance by Wale Ojo & The Nigerian Milagro Band, food tasting session at the cafe and fashion show featuring special celebrity guest models.

Queen Ahneva is a quintessential personality. She started the popular late night show, Mellow Magic, which has pretty Elvina Ibru as the anchor. She now presents popular Sunday morning inspirational programme, Raise The Praise, both on Classic 97.3 FM.