'Why We're Holding This Year’s Sax Appeal Concert In Abuja' 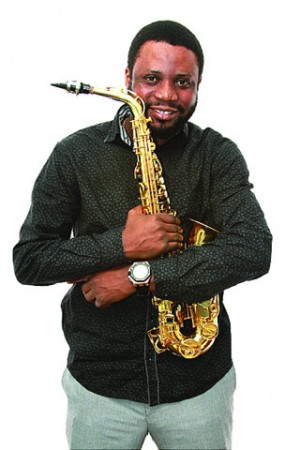 Mike Aremu, leading Nigerian saxophonist, has said that the growing number of music lovers in the Federal Capital Territory, Abuja, who appreciate quality Jazz music has spurred him to hold this year’s edition of his Sax Appeal concert in the city.

Aremu told P.M.NEWS Entertainment Cafe in a chat that there are very many sophisticated Jazz lovers in Abuja that are yearning for his kind of show and this has made him to move the fourth series of the show to the city.

“It is amazing that our audience in that city who have been yearning for this show is so huge. Some of them have seen the previous editions we held in Lagos, especially the last one. It was a massive show and they want the same thing in the Federal Capital,” Aremu said.

He added that since the Sax Appeal is a Jazz concert aimed at reaching the hearts of music lovers around the world through quality live performances, the Abuja audience should share such a wonderful experience.

The first edition of Sax Appeal was held in 2009 at the MUSON Centre. The venue also hosted the second edition. The last edition was held at the Expo Hall of the Eko Hotels & Suites with multiple Grammy Award-winner, Kenny G headlining the show.

Aremu, the host of the concert, also a multiple award winner, added more laurel to his mantelpiece as he clinched four awards at the recently held MEGA Awards in Lagos.

His last album, Coat of Many Colours, which is selling on the iTunes, Amazon and CD Baby, won the MEGA Album of The Year award.

He also won the awards for Collaboration of The Year with the song Araba featuring Sasha, Best Use of Instrument, and Contemporary Alternative Album of The Year.

With all these accomplishments, Aremu has listed three factors that have helped sustain his brand and the concert all these years.

They are God factor, Jazz factor and African factor.

He said he has God to thank for his success so far even though his kind of music does not necessarily require music videos for its promotion.

“We thank God that we are so busy with shows here and abroad. Even without music videos, we still remain relevant and people who love this music not necessarily need a video before the song can be made appealing to them.

“Our audience know what they want. My first album was in 1999 and I still meet some people who ask me for the album. I play some of the tracks I recorded then under Kennis Music and they still stand the test of time. We just thank God for His grace,” he said.