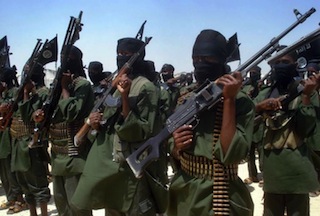 “I can confirm… that 28 innocent travellers were brutally executed by the Shebab,” said regional police chief Noah Mwavinda, referring to the Somali militant group.

He said the gunmen forced the bus to stop and drove it to the side of the road, where they proceeded to kill passengers identified as non-Muslim.

The attack came after a week that saw one person shot dead and more than 350 people arrested as Kenyan security forces carried out raids on mosques in the port city of Mombasa searching for weapons and Shebab supporters.

Kenya has suffered a series of attacks since invading Somalia in 2011 to attack the Shebab, later joining an African Union force battling the Islamists.

The Shebab carried out the September 2013 attack on Nairobi’s Westgate shopping mall, killing at least 67 people as a warning to Kenya to pull its troops out of southern Somalia.

During the Westgate attack, the gunmen weeded out non-Muslims for execution by demanding they recite the Shahada, the Muslim profession of faith.