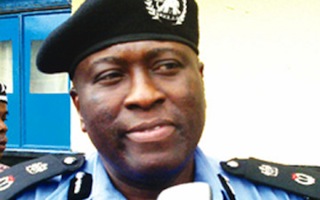 An alleged leadership tussle at Aruogba community, in Oredo Local Government area of Edo State, on Saturday, resulted in the death of one person, with five houses and several vehicles burnt down in reprisals attacks.

It was gathered that one of the factional leaders in the community allegedly recruited thugs from neighbouring communities to unleash mayhem on the community.

An eyewitness who did not want his name in print, told journalists that there was heavy shooting in the community, which he attributed to the fighting surrounding a leadership tussle.

It was gathered that the incumbent leadership secured a court ruling which ordered it to continue in office for the next four years, an action which forced a rival faction to mobilise for the clash.

Following sustained shooting and fighting, residents in the area were said to have fled for safety to avoid possible arrest by the police who have condoned off the area.

The State Commissioner of Police Mr. Foluso Adebanjo, who confirmed the incident, however said no life was lost, but said that nine persons have been arrested in connection with the crisis.