Gov. Lamido has not anointed me to succeed him, says ex-chief of staff 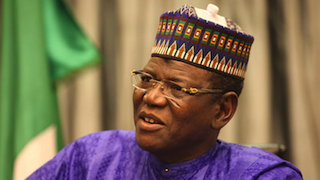 Alhaji Aminu Ringim, one of the four gubernatorial aspirants on the platform of the People’s Democratic Party (PDP) in Jigawa, said on Sunday that he was not annointed by Governor Sule Lamido as insinuated in some quarters.

He spoke in an interview with newsmen in Dutse shortly after his arrival from Kaduna where he attended the PDP North West zonal screening.

“I think, as someone who served as Chief of Staff to former Gov. Saminu Turaki for five years and served as in similar capacity to Gov. Sule Lamido for about eight years, it is an experience enough to enable me consolidate on such gains and to continue from where my principals stopped.

“After all, there are four of us contesting, I don’t think there is any one of us that was anointed by the Governor.

“If you say anointment, you can go and ask the people because they are the ones that anointed candidates not the governor.”

Riingim, however, said that his decision to join the gubernatorial race on the platform of the PDP in Jigawa followed wide consultations with relevant stakeholders, close associates, friends and well wishers.