S.Korea women to outnumber men in 2015 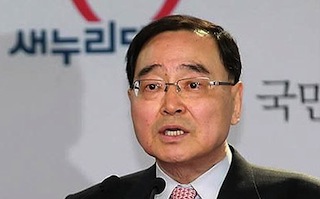 South Korea will undergo a major demographic change next year when, for the first time, women will outnumber men — the result of a rapidly ageing population.

According to the state data agency Statistics Korea, the number of women in 2015 will reach 25.31 million compared to 25.3 million men.

The shift is the consequence of a low birth rate and the natural longer life expectancy of women in a country undergoing a sharp generational shift.

South Korea became an ageing society in 2000 and is expected to become a “super-aged society” by 2026, when more than 20 percent of its population will be aged over 65.

This will have a significant economic impact in terms of increased welfare bills and a diminished workforce.

South Korea’s working-age population between 15 and 64 will peak in 2016 at 37.04 million before starting to dwindle the following year, Statistics Korea said.

The most economically-active segment — those between 25 and 49 — already dropped for the first time last year to 19.78 million.