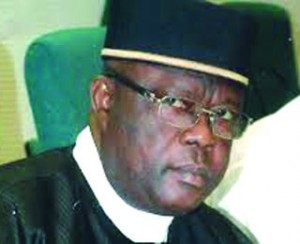 The House of Representatives has commenced investigation into the activities of some banks that have evaded paying their taxes into the coffers of the Federal Government.

Many of the big banks in the country, investigations revealed, have not been remitting their taxes into the consolidated revenue fund.

Disclosing this in Lagos in an interview with P.M.NEWS, the Deputy Chairman, House Committee on Finance, Otunba Yomi Ogunnusi, disclosed that available records showed that some big banks were guilty of tax evasion by not remitting fund into the consolidated revenue account of the Federal Government.

The All Progressives Congress, APC, legislator accused the banks of treating non allowable items wrongly by way of Teeming and Lading, adding that in this way the banks shortchanged the government by billions of naira.

Otunba Ogunnusi submitted further that through aggressive monitoring of banks by government officials, the internally generated revenue (IGR) of government could be increased by over N10 billion.

The lawmaker who is seeking a second term in the House, explained further that oil companies and some private jet owners were also guilty of this.

He said some state governors have been able to use their residual powers to increase their IGR, adding that nothing stops the president from doing this also but because many of those involved in this unwholesome act are associates of the Federal Government, it is unwilling to sanction them.

“Also, the Federal Internal Revenue Service (FIRS) ought to capture the interest on incomes on the current account balances of banks in line with the provisions of the Bankers Tariff but the money, running into billions of naira, is not captured. Interest ought to be paid on this money,” he said.