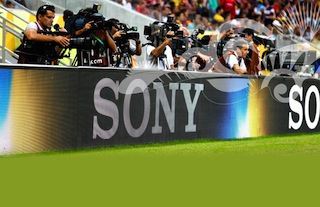 Sony has decided not to renew a multi-million-dollar sponsorship contract with FIFA, a report said Tuesday, as the money-losing electronics giant undergoes a painful restructuring.

Japan’s leading Nikkei business daily said the eight-year, 33 billion yen ($280 million) contract, which expires this year, would not be re-negotiated owing to worries that a new deal would be even more costly.

South Korea’s Samsung is rumoured to be Sony’s successor in the FIFA sponsorship, the Nikkei said in its report, which did not cite sources.

“Our company wants to refrain from commenting,” a Sony spokeswoman said in response to the report.

Sony has been an official sponsor of football’s global governing body at more than 40 tournaments, including the 2010 World Cup in South Africa and this year in Brazil.

The struggling firm is looking to slash costs after warning last month that its net loss for the April-September period ballooned to nearly $1.0 billion.