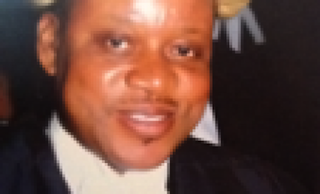 Abductors of the Chief Registrar of the Rivers State High Court, Mr. Leonard Adoki, have contacted his family demanding the sum of N100 million as ransom for his release.

A member of the Victim’s family who confided in PM News on condition of anonymity disclosed that the kidnappers made the demand on Tuesday, two days after his abduction but noted that there was no way the family can afford that amount.

The Chief Registrar was abducted on Sunday, by gunmen in his village Amalem, in Abua/Odual Local Government Area of the stste when he was returning from church.

Mr. Adoki was appointed chief registrar of the state High Court weeks before the retirement of the last Chief Judge, Justice Iche Ndu.

Since his appointment, his reign has been the most troubled in the regime of registrars in the state.

He took over from Justice Charles Wali of the Ahoada High court, shortly after his (Wali’s), elevation to the rank of High Court judge.

The state government through the House of Assembly, amended a section of the High Court Law to allow the Chief Registrar assign cases pending the appointment of a Chief Judge.

But, Adoki has not had chance to carry out the assignments before the judiciary workers embarked on indefinite strike last June.