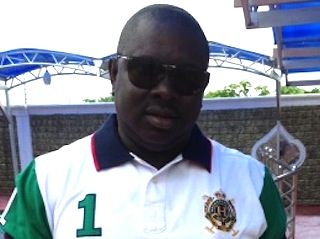 Former Niger Delta militants are asking the National Assembly to quickly approve the request of the president, Goodluck Jonathan for the extension of the emergency rule regime in the northeast of Nigeria.

Their leader, Reuben Wilson who is also the president of the Leadership, Peace and Cultural Development Initiative, the body of all leaders of the various militant camps said in a statement on Wednesday that further delay in granting the request would not be in the interest of the country.

Wilson also warned the Rivers state governor, Rotimi Amaechi against making statements that could lead to anarchy, saying that it was wrong and unbecoming of a governor to make inciting statements such as those made last week in Abuja during the APC rally.

According to him, “Amaechi should watch himself and be mindful of his utterances. He should know that he is not a student union leader or a labour leader.

“How can a governor declare in the full glare of the world that there should be a parallel government if his party do not win (is rigged out) an election? It is even more worrisome because that is the same man that got into office through court processes and here he is telling us that if his party does not win, nobody should go to court but that there should be public disobedience. Is he normal?”

Wilson said the ex-militants were watching the political class especially developing events at the National Assembly and noted that the legislators who are currently threatening to impeach the president should not force them to return to the creeks, as that would not do the nation any good.

Wilson lashed at senators who were bent on joining their counterparts in the House of Representatives to initiate impeachment proceedings against the president. He said the senators want to impeach the president because he did not usurp the powers of his party leadership to give automatic ticket to them

“Let them try it and let us see where it will end. We need to put them on notice that we are ready to protect the sanctity of the federation of this country and the office of the president.”