I am not in presidential race to cause disunity, says Okorocha 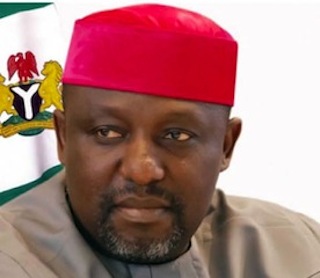 Governor Rochas Okorocha of Imo said on Wednesday that he was not in the presidential race to cause disaffection or fan the embers of disunity.

He made the remark while fielding questions from newsmen shortly after holding a closed-door meeting with Governor Rabi’u Kwankwaso at the Government House, Kano.

He described the All Progressives Congress (APC) as a united, cohesive and focused party. “APC is not a house divided against itself as being speculated by some elements.

According to him, he is ready to render his maximum support to whoever emerges as the party’s presidential flag bearer.

The governor, who expressed optimism that APC would form the next government come 2015, called on the party supporters to support whoever emerged as the party’s presidential flag bearer.

He said such cooperation was needed to ensure the victory of the party. “Any attempt to spoil the show at this material point in time will be inimical to national interest.”

He said he was in Kano to meet with delegates whose importance to his presidential ambition could not be over emphasized. “My relationship with Gov. Rabi’u Musa Kwakwaso is cordial and friendly, adding, “I am deeply impressed by what I saw on ground in Kano.”