Nigerian naira devaluation leads to fears about the economy 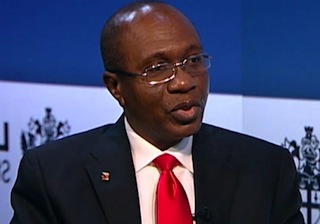 Nigerians on Wednesday voiced fears about the central bank’s devaluation of the naira, warning that a country largely dependent on imports will be hit hard by the measure.

The Central Bank of Nigeria (CBN) knocked eight percent off the value of the local currency to the US dollar as part of moves to limit the effect of a slide in global oil prices.

Nigeria is Africa’s biggest oil producer and some 70 percent of government earnings comes from crude, but it is grappling with dwindling foreign reserves and seeking new ways of boosting revenue.

Tuesday’s devaluation of the official rate from 155 to 168 naira to the dollar brings it more in line with that on the open market, where the greenback has been bought at above 180 naira.

At the same time, the rate at which private banks can borrow from the CBN rose from 12 to 13 percent, as part of measures to control the money supply and rein in inflation before elections next year.

Abolaji Odumesi, a Lagos economist and former banker, said that on paper, devaluation made sense as it aimed to boost local industries by keeping import prices high.

“But this is not the case in Nigeria because we depend on imports. We import virtually everything we need in this country, from toothpicks to cars,” he told AFP.

Poor, crumbling or non-existent infrastructure, particularly in the power sector, has hurt local industry, forcing many to close, relocate or stagnate.

A weak local currency could trigger inflation, said Denja Yaqub, from the Nigeria Labour Congress, adding: “People will have to pay more for goods and services.”

Next February’s elections have been seen as partly to blame for the weakening naira, as dollars are snapped up in the open market, said Yaqub, whose organisation represents ordinary workers.

Nigeria has previously seen a surge in demand for dollars before elections, with politicians both in need of hard cash to fund their campaigns and mindful of a run on a weak local currency in the event of a turbulent vote.

“The politicians are buying off the dollars ahead of the elections. It is a matter of demand and supply. We have too much naira pursuing scarce dollars,” Yaqub said.

Capital flight has also been seen as a factor, as foreign investors run shy of currencies in emerging markets exposed to oil price turbulence.

But overseas investors may have another reason to be cautious as elections approach. In 2011, more than 800 people were killed after the vote and the signs are already ominous for next year.

Accusations have flown about the ruling party’s politicisation of the police and security services against the opposition, and insults traded between both sides.

Yaqub described the devaluation of the naira as “ill-advised” as it would hit quality of life for most of Nigeria’s 170 million people already squeezed by inflation and high unemployment.

“We are going to have job losses and layoffs. There will be loss of purchasing power of workers,” he warned.

Nigeria — Africa’s biggest economy in terms of GDP — has been criticised for its over-reliance on oil and repeatedly urged to diversify its revenue base away from the sector.

Economists have suggested that Tuesday’s decision, though more realistic, will not be the end of the matter and it was only a short-term sticking plaster until after the elections.

On the streets, where cash is king, the CBN decision was expected, even if most commentators predicted before the bank’s monetary policy meeting that it would maintain the status quo.

Corruption — seen as endemic in Africa’s most populous nation — and waste needed to be curbed and Nigeria’s leaders needed to be more prudent to cushion the effect of future problems.

Earlier this year, it was claimed that billions of dollars were missing from the Excess Crude Account (ECA) set up to save the difference between actual oil prices and Nigeria’s benchmark rate.

The government blames crude oil theft but critics say Nigeria should still have been able to offset the funding squeeze if it had not repeatedly raided the ECA to meet budget shortfalls.

“We should avoid waste and reckless spending. More importantly, we should learn to save for a rainy day,” Ibeh said.