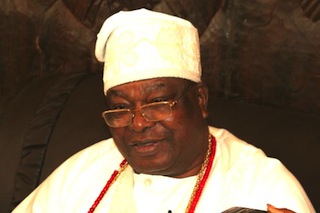 The Awujale and Paramount ruler of Ijebuland, Oba (Dr.) Sikiru Kayode Adetona, Ogbagba II will be conferred with an Honorary Doctorate degree on Friday by the authorities of Tai Solarin University of Education, TASUED, Ijagun, Ogun State.

Others to be conferred with the honorary degrees include the wife of the former governor of Ekiti State, Erelu Bisi Fayemi, Chairman of Tura Kodak Film, Alhaji Sulaiman Adebola Adegunwa and Olola Olabode Ogunlana.

The ceremony will be conducted at the combined convocation ceremonies for the 3rd, 4th and 5th batches from the institution.

Ogun State governor, Ibikunle Amosun is expected to be the Guest of Honour at the Convocation ceremonies.

“The conferment of Honorary Doctorate Degrees on eminent personalities and award of Higher Degrees, Bachelors Degree on 2012/2013 set on graduands will hold on Friday 28 November 2014,” he said.