'Most Women Don't Care About My Polygamous Life' 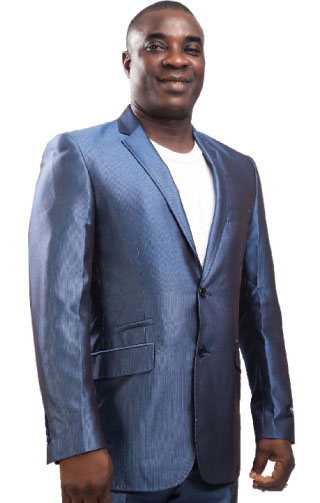 After forty-three years in the music business, King Wasiu Ayinde Anifowose, popularly known as K1 The Ultimate, seems not ready to slow down. A crowd puller any day, K1 was on stage at Eko Hotel & Suites last Friday for his much anticipated K1 Live Unusual. Recently, the Fuji music super star spoke to FUNSHO AROGUNDADE about his brand of music, women and state of the nation

Why did you put up K1 Live  Unusual?

I have been so busy travelling in and outside the country to perform and I believe I owe my fans a special concert. Even though it’s some people’s idea, I injected some beautiful ideas into it to make it a great show.

You have spent 43 years playing Fuji music. How has the experience been for you?

The best way wine makers make more money is when they have their stuff stay so long in the cellar. That is, the longer it is, the richer it becomes. Same with musicians. The experience I have garnered all these years has been so rich and diverse, not only locally but globally. I have featured in many world class concerts in Nigeria and abroad. I am a good export for Nigeria. I just returned from the first phase of my world tour. What I have been doing for Nigerian music especially Fuji is to bring them to global reckoning. As much time I spend performing at social functions, same at concert circuits. I recently presented Fuji music at the Royal Festival Hall. I have presented Fuji music at The Barbican and also at the WOMAD, which is the biggest musical expo. And we are gaining tremendously from all these exposition. What I have observed was that we seem to be looking down at what we ought to be celebrating. Out there in the western world, you will be shocked as millions of them appreciate Fuji music. They listen and dance to the music at their various homes. Most times, I have come across some people who could not utter a sentence in Yoruba but will shock you when they sing the line K’omode yii jo funmi. You will be surprised. That is the power of our music that we don’t know.

What is your take on those who say Fuji music is for the touts and dregs of our society but not for a decent, corporate audience?

It is ignorance that makes those people who have tried unsuccessfully to brand Fuji music as such. Who are the decent, corporate audience? I think, it is lack of knowledge and understanding of the music. Fuji music that Almighty God has bestowed on me to propagate has been embraced by every class of the society. I enjoy tremendous support from different people and command followers from every segment of the society. It is same thing with Fuji music artistes like Adewale Ayuba and others.

In terms of music composition, how do you handle that?

I do my composition by myself. I am gifted and give thanks to my God.

What message are you sending out in your latest album, State of The Nation?

I have always loved to use my music as a tool to address happenings in our nation. That also applies to the State of The Nation album. There are a lot of problems in our country at the moment and the problem is getting worse every day. Since there is no peace and tranquillity in the country, I feel we need to address this issue as musicians. I believe only two things can keep this country together: music and sports.  These two activities are in the same area and they are the only things that can keep us united. The political class cannot. Already they are divided and would want to divide us alongside their own thinking.

You featured Olamide, in the album, what was the experience working with him in the studio?

I give kudos to that boy because you will know a good artiste by his studio act. I didn’t write his line on that song for him. We have something in the studio that we call management; that is where you are jumping and merging tapes. But during our very little session time inside the studio, unknown to him, I gave him a test. I gave him his line and told him where he will come in during the recording and asked him to put something on it. He bowed for some minutes, took out a pen, jotted some lines and in a jiffy he came up with that perfect line. And you need to know that the session didn’t last more than 45 minutes. That experience makes me see that brighter future in him. And I pray that Almighty God will continue to keep him and make him continue to grow in the industry.

How would you assess his remix of your song, Anifowose in his own album?

When Lagbaja did the remix of Baby Mi Show Colour, not many as at that time ever thought you can have Wasiu’s song made into such remix. And the track was a masterpiece and success. To the glory of God, a young artiste like Olamide, has also taken another of my song and turned it into another masterpiece. I was out of the country when the music was released but when I returned home and listened to the song, I said Wow! I feel these are some of the greatest things that could happen when you are still alive. All the glory that I am seeing truly shows that God Almighty has bestowed something great on me and I can’t thank Him enough.

What is the state of your relationship with other Fuji artistes?

It is very cordial and good. I am okay with everybody. It annoys me each time I read that K1 and Obesere are at loggerheads or Osupa and I are quarrelling. I don’t feel happy about it. These are great artistes in their own right, I may be their seniors but the truth is that I have good relationship with every one of them. There is no problem at all.

You have five of your children involving in music.

Did you groom them all to become artistes like you?

Not at all. They were born into it and it is in their blood. They took it from their father. I also took music from my mother’s blood. We are already at number five, who knows whether another one will be coming? I am blessed just like the legendary Fela Anikulapo Kuti. We have seen Femi and Seun Kuti taking the music to the next level just like their father.

Your last wife, Titi Masha, recently gave you another baby. How do you feel being a dad once again?

It was an awesome feeling. I was so busy and we had our new baby while I was on the road. I was in the middle of the ocean on my way to Mexico when the baby arrived. It was a wonderful feeling and we are still going to have the Nigerian leg of the party for the baby.

You are one of the known celebrities married to many women. How have you been coping as a polygamist with numerous children?

The truth of it is that it is my own doing. But on how I have been coping as a polygamist, may be King Solomon would have been able to answer that. This is a man said to have married 700 wives and had 300 concubines. So, someone with such number of women will definitely have thousands of children to show for it. But in spite of what people may think, I have not done anything extraordinary to keep my home intact and devoid of controversies. The fact is that any woman that meets me today, what I will not hide from her is my track record.

A track record as a womaniser?

Well, I don’t know o. I meet different women every day of my life; may be because I am lucky with them or by virtue of my situation as a popular musician. However, I give thanks to God for making me to keep my home without rancour. There are also other men who have large families and have been able to handle things with no problem.

As an artiste who performs longer hours, do you also take drug to energise yourself?

The truth is that some artistes take alcohol and drug to enhance their performance, but for me it is not many way. I don’t take any drug or smoke. Of course, I used to smoke cigarette in my early days as a musician but I was able to stop the habit before I became famous. When people see me performing energetically on stage for hours, it wasn’t enhanced by anything than the fact that I live a very healthy life. There is no drug or alcohol but I love what I do as a musician and anytime I am on stage, the energy always comes naturally.

What is the secret of your success and sustaining power?

Apart from the grace of God, the secret is know what you are doing. I give thanks to God for the gift of talent. I believe I am truly gifted because of what I have been able to achieve in the last 43 years of my music life. I was at a performance in Mohican Bay in the Coast of Scotland, where I was honoured with the Global Legend of Music. I was on duty for four hours, two times. I am an energetic performer. I have a staying power of six hours non-stop. I can hold the stage for that longer hour. You can imagine the lines of songs that can sustain me and keep my audience there on the dance floor with no dull moment and variety of classical music. So, the major secret is what is worth doing at all is worth doing well.

Do you have any personal dream?

God has been so good to me in all spheres of my life. But there are still a lot I wish to achieve musically, too numerous things to mention. But basically, I still dream to be one of the greatest artistes in the world. As Americans talk about Elvis Presley and Michael Jackson; the British talk about Mick Jagger; same way we talk of Fela Anikulapo-Kuti, I want to be talked about in that positive light.

If there is one thing I wish I could have now, it is to have loose $40 million in my account.

What do you need that huge money for?

I need that money to buy myself holiday homes in Los Angeles; Miami, Florida; Johannesburg; London; and Lagos (Banana Island).