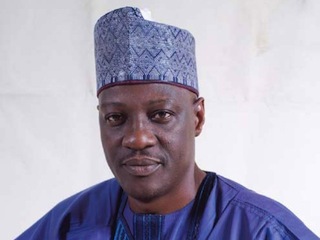 The Peoples Democratic Party (PDP) in Kwara said it had no hands in the alleged attack on Governor Abdulfatah Ahmed’s convoy by some unidentified persons in Kaiama on 25 November.

Chief Rex Olawoye, the Chairman of the party’s Publicity Committee, declared this in a statement in Ilorin on Friday.

NAN reports that Kwara Governor had lodged a formal complaint to the state Commissioner of Police on the attack on his convoy. Ahmed alleged that some members of the opposition party in the state were behind the attack.

The governor’s convoy was attacked after he flagged-off the Kishi-Kaiama Road and inaugurated the Kaiama General Hospital.

Olawoye, who described the attack as “ignoble”, said that it was “a breach of law and protocol”.

He, however, called for proper investigation into the attack, saying that “the perpetrators of the shameful behaviour should be brought to book”.

“We join meaningful Kwarans in condemning the barbaric action in its totality as it runs counter to the principles on which PDP operates.

“PDP is run under total compliance to the rules and laws of this great nation and is acknowledged for discipline and great respect for constituted authority,” Olawoye said.

He advised the All Progressives Congress (APC) led government to desist from shifting the blame of their woes on the PDP.

“We enjoin the APC led government to look inward and see where APC has reared, nurtured and developed young men into unwholesome business of hooliganism,” he said.

Olawoye, however, said that it was unbelievable that any thug would have the audacity to way lay the calibre of a serving governor with retinue of security surrounding him.

According to him, if there was any protest during the governor’s visit to Kaiama, it was an indication that everybody was tired of the government that neglected the people of the area.

Olawoye urged the governor to wake up from his slumber and be more responsive to the yearnings of people for socio-economic, political and physical infrastructural development.