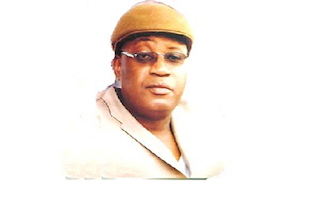 ‎The emergence of self acclaimed Speaker PDP Assembly in the state, Festus Ebea, as the candidate for the Esan South-East constituency in 2015 elections was allegedly greeted by protest.

Okoduwa, the former Minority Leader of the State House of Assembly who represents Esan North-East constituency 2, lost to one Ezehi Igban who polled 20 votes as against the lawmaker’s 16 votes.

On his part, Kingsley Ehigiamusoe, representing Igueben constituency and a former minority whip in the House, lost to Odiana Eriata who garnered 44 votes to defeat the incumbent lawmaker who got 19 votes.

Perhaps worst off was the loss by the embattled ‎lawmaker representing Etsako West constituency 1, Abdulrazak Momoh who upon the beating and battering he received while the crisis rocking the state assembly lasted and which landed him in hospital for several weeks, as he failed to win constituency’s ticket.

The embattled lawmaker was one the three APC lawmakers who defected to PDP in the wake of the crisis rocking the State House of Assembly.

PM News recalled that the nine PDP lawmakers were allegedly promised automatic tickets as reward for their loyalty for the party.

It was gathered that supporters of Festus Ebea and those of other aspirants had on Friday clashed over an alleged plan by the party leadership to impose Ebea on the people of the constituency.

It was further gathered that leaders of the party in the constituency said the decision to return the Ebea unopposed was hinged on the unity of the party and in appreciation of his contributions to the party.

His victory at the primaries was said to have sparked a protest as supporters of the two other aspirants took to the streets, making bonfires to express their displeasure at the outcome of the primary.‎

One of the suspended PDP lawmakers at the Assembly, Friday Ogierakhi, emerged as candidate while one Mathew Irabor clinched the ticket for Orhionmwon constituency 1, just as Uyi Ogbemudia, daughter of former two time governor of the defunct Midwest and Bendel states, Dr. Samuel Ogbemudia, clinched the Oredo West ticket and one Lion Okoro won the ticket for Oredo East constituency.

Embattled Nosa Adams, who is currently facing charges in the court over alleged attempted murder during the last congress to elect delegates for the party’s primaries, won Egor constituency.

Others who won the party tickets are, Blessing Agbebaku for Owan West, John Amona for Owan East, Nicholas Asomsere for Ikpoba Okha, while the duo of Patrick Iluobe and Monday Ehighalu were returned unopposed for Esan North-East constituency 1 and Esan West constituencies respectively.

The results for Etsako Central, Etsako East, Akoko- Edo, Ovia North-East, Ovia South-West, Uhunmwode and that of Etsako West constituency 1, were not available at press time.