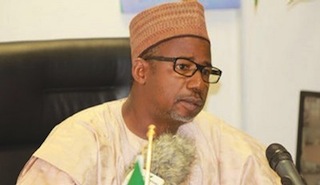 The Minister of the Federal Capital Territory (FCT), Alhaji Bala Abdulkadir Mohammed, has announced that the federal government has initiated a 30-year National Integrated Infrastructure Master Plan that would cost N485 trillion, with a view to bring about accelerated development as well as providing millions of employment opportunities.

Mohammed made the announcement on Saturday at Okada, Edo state, while speaking at the 12th convocation ceremony of Igbinedion University, where he was conferred with a Honorary Doctorate Degree.

Besides, the minister said the master plan would catalyzed the provision of infrastructure in critical sectors such as Power, Oil and Gas, Transportation, Housing, Water, Agriculture, Social Infrastructure, as well as ICT and the FCT.

“This will demand the building of a critical mass of capacity of about 33 million jobs in all these fields among others, to deliver to Nigerians,” he said.

He therefore challenged universities in the country to build these capacities.

In his address, the Pro-Chancellor of the University, Prof. David Awanbor, expressed fear that Nigeria’s education sector was being threatened, adding that, the challenges of insecurity in the country was the greatest problem confronting the education sector.

While stressing on the importance of education to growth and development, Awanbor noted that a peaceful environment was needed for the sector to thrive.

He listed other challenges of the sector to include, lack of manpower development, inadequate funding and faulty policies formulation and implementation.

Earlier in his speech, the Vice-chancellor of the University, Prof. Eghosa Osaghae reiterated his call for the inclusion of private universities in the Tertiary Education Trust Fund (TETFUND).

A total of 773 graduands were conferred with various degrees with 24 graduating with first class, while a Honorary Doctorate Degree was also conferred on Mr Martins Uhomoibhi, a former Permanent Secretary, Federal ministry of Foreign Affairs.