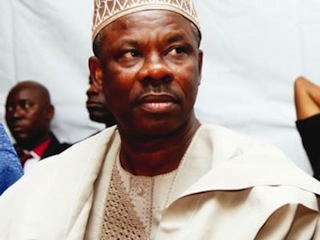 Internal crisis rocking the ruling All Progressive Congress (APC) in Ogun state has hit another low as one of the aspirants for the Federal House of Representatives for Yewa South/ Ipokia Federal Constituency, Hon. Abayomi Semako Hunye dumped the party for the Social Democratic Party (SDP).

Our correspondent reliably gathered that the man, who is from Ipokia local government is the Commissioner II in the State Local Government Commission.

PM News was informed that Hunye aspired to pick the ticket for the federal House of Representatives slot for the area but was denied as the ticket was given to another former cabinet member of Amosun’s administration.

The federal lawmaker ticket of the party, according to a reliable source within the party was given to the former Special Adviser to the governor on Tax, Mr Kunle Akinlade. It would be recalled that the seat has been occupied by Hon. Isiaq Akinlade since 2003.

Hon. Isiaq Akinlade was in the House on the platform of the Peoples Democratic Party, PDP between 2003 to 2011 and later defected to All Progressive Congress, APC from where he was given the ticket again during the last election and won the seat for the third term.

The federal lawmaker had since dumped the party, firstly for Labour Party, LP and now for the Peoples Democratic Party, PDP in Ogun state where he is currently contesting for position of governor.

Confirming the information to our correspondent Sunday morning, one of the SDP leaders in the state, who pleaded anonymity disclosed that the man has met with the leadership of the party and will be formally welcome into the party.

According to him, “Yes, I can confirmed to you that Hon. Semako Hunye met with us and our leader, Chief Olusegun Osoba and the formal declaration will be done soon. We are on a daily basis waxing stronger in the state, you need to know the number of the people that are coming into the party. Next year election will be interesting as our party will spring surprises. You may be thinking that when was it formed but the structure is already on the ground and with the political clout of our leader, we will win in 2015,” the source said.

Meanwhile, PM News gathered that the House of Assembly primary of the All Progressive Congress, APC earlier slated for Monday has been postponed to Tuesday to sympathise with the government and people of Kano state over the Friday bomb blast that claimed over 120 lives.

Elsewhere, some aggrieved Chairmen from Ipokia local government area of Ogun State have petitioned the state governor, Senator Ibikunle Amosun over the marginalisation of candidates for the State House of Assembly.

The petition which our correspondent obtained a copy of Sunday morning, was dated 29 November 2014 was signed by the four chairmen of the Idiroko constituency in Ipokia local government area of the State.

According to the petition, the aggrieved party leaders disclosed that the local government is politically divided into three zones with Ipokia having two and Idiroko left with one zone.

Four wards falls under Idiroko zone, they are; Ajegunle, Ihunbo/Ilase, Idiroko and Ifoyintedo while the two Ipokia zone have Maun 1and 2 and Ipokia 1 and 2 for zone one and Ijofin,Agada,Tube and Agosasa falls under zone two.

The petition was signed by the Chairmen of the Idiroko constituency and they are: Messer Peter Tosu, (Ajegunle) M.A.Azeez (Ihunbo/Ilase), Wasiu Adenle (Idiroko) and Messer Abioro (Ifoyintedo).

“We want one for House of Representatives and another for the State House of Assembly. For justice and equity and better calculations towards winning the forthcoming elections, one of the two must come from Idiroko constituency,” the statement read.

They claimed that the strength of the voters from the constituency is above the two other zones in the local government, urging the governor, not to loose sleep on the matter as it may spell doom on the party after the primary elections.

Meanwhile, the governor, according to a source from his camp directed all the House of Assembly aspirants in the state to meet with him in Abeokuta, the state capital on Sunday.

Checks at the MITROS hall located inside the Ibara Housing Estate, Abeokuta, saw leaders, elders and aspirants arriving for the emergency meeting.

Some of the aspirants who spoke with PM News at the venue declared that they are fully ready for the primary and will not accept anything less.

“Why should we be seen as playing the game outside the rule, we are all here to serve our people and the way some of the leaders are doing, if they are not checkmated, may affect the governor, because I can confirm to you that, we have got wind of the plans of some elders and leaders to impose candidates in some local government areas.

“I want to tell you that if such happened, we will not participate in the primary and we shall all move out an masse with our people from the party. Don’t bother to ask where we are going, till then, just watch. Anything aside from free and fair primaries is not acceptable,” some of the aspirants declared anonymously.