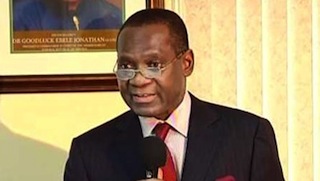 Governor Ibikunle Amosun of Ogun state has described the death of former Minister of Foreign Affairs, Ambassador Olugbenga Ashiru as a personal and painful loss, not only to his family members but to the state and nation at large.

The late diplomat, who is also an High Chief in Ijebu Ode died at the age of 66 yesterday at an hospital in South Africa.

In a statement signed by the Senior Special Assistant, SSA to the governor on Media, Mrs Olufunmilayo Wakama, the governor described the death of the former ambassador as a great loss to him, Ogun state, where he hailed from and the nation as a whole.

Amosun noted that the death of Ashiru occurred at a time when his wealth of experience in International Diplomacy would have been most needed in shoring up the nation’s image in the face of the insurgency that presently confronts with.

“He was a career diplomat, who served the nation meritoriously in several capacities. He was our pride in the diplomatic circle as well as an outstanding and illustrious son of Ogun state, who we were proud of. He would be sorely missed,” the governor said.

Governor Ibikunle Amosun prayed to Almighty God to grant his soul rest and give his family and relatives the fortitude to bear the irreparable great loss.