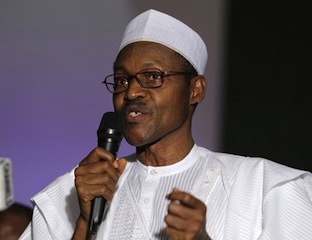 Former military Head of State and APC presidential aspirant, Major General Muhammadu Buhari, has urged Nigerians to be security conscious so as to curb the activities of insurgents in the country.

Buhari made the call while speaking with newsmen shortly after he visited victims of Friday’s bomb attack at the Murtala Muhammed Hospital in Kano on Sunday.

“There is nothing we can do about it other than for people to be more vigilant and security conscious.

“There is the need for people to be more vigilant at mosques, churches and schools, as well as wherever they may find themselves,” he said.

The former Nigerian leader, however, called on Nigerians to support security agencies in their bid to check the dastard acts being perpetrated by the insurgents.

“I hope security agents’ efforts will be fully complemented by the civil society in checking the insurgency,” he said.

Buhari, who condoled the government and people of Kano state over the unfortunate incident, prayed for the speedy recovery of the injured persons.

NAN reports that Buhari was accompanied to the hospital by the state’s Deputy Governor, Dr Abdullahi Ganduje, a House of Representatives member, Alhaji Kawu Sumaila, and other top government officials.

NAN also reports that Buhari was conducted round the hospital’s wards by the state’s Commissioner for Health, Alhaji Abubakar Labaran, and the Chief Medical Director of the hospital, Dr Mansur Nagoda.