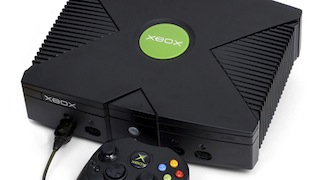 The head of Microsoft’s Xbox business in Japan has stepped down, but the firm said the move was not linked to years of poor sales of the games consoles.

Takashi Sensui resigned Sunday as “interactive entertainment business general manager” at Microsoft Japan, but he will keep working in the games business at the US head office, the company said.

Microsoft said Sensui’s position would not be replaced, and added that his transfer was unrelated to sagging Xbox sales.

It was “part of a global re-organisation of the Xbox business”, a Tokyo-based Microsoft spokesman said.

Sensui was promoted to head Japan’s Xbox division in 2006 but sales have badly trailed those of Sony’s PlayStation and Nintendo’s Wii consoles.

The September launch in Japan of a new model, Xbox One, fell flat with no enthusiastic crowds seen on sales floors despite a good reception in the United States.

Some game fans have attributed the unpopularity to a lingering bad impression over earlier technical glitches, as well as the console’s design and game choice.

Xbox One sales in Japan totalled just 40,387 units from its September 4 launch to November 23, according to an estimate by leading game magazine Famitsu.

By contrast, Sony’s PlayStation 4 has racked up sales of 784,638 units since its late February launch, the survey showed.

Both Xbox One and PlayStation 4 are aimed at hardcore gamers, strategies the companies hope will insulate them from the challenge posed by free or cheap smartphone downloads popular among casual players.