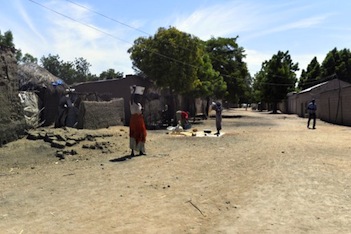 A 24-hour curfew has been imposed on Damaturu, the Yobe capital, following Monday’s attacks on the town by insurgents.

This was contained in a statement signed by the Special Adviser to the state Governor on Press Affairs and Information, Alhaji Abdullahi Bego, and made available to NAN on Tuesday.

It said Gov. Ibrahim Gaidam approved the order in consultations with heads of law enforcement agencies in the state.

It said the decision was taken as part of measures to “enable the security agents who did a great job repelling the insurgents’ attack on the town, to conclude their ongoing assignment”.

The release advised all residents of the city to remain indoors during the curfew, and thanked the people of the state for their cooperation and support to the security agencies.

NAN reports that gunmen suspected to be Boko Haram insurgents had attacked the state capital resulting in a gun battle between them and security operatives that lasted for several hours.

Gov. Gaidam condemned the attack, describing it as “ heinous and barbaric” and said that the onslaught had been repelled.

Details of the operation are still being awaited.