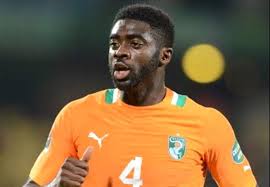 Ivory Coast defender Kolo Toure has declared he will put an end to his international career after the 2015 Africa Cup of Nations in Equatorial Guinea.

The 33-year-old Liverpool player was initially snubbed by the Elephants’ new coach Herve Renard, who wanted to give younger players a chance to prove themselves. However, Toure was called back to the outfit after the team registered poor results in first part of the 2015 AFCON qualifying.

The central back played in the fifth and sixth rounds, scoring one goal against Sierra Leone and guiding the group to clinch their qualification to the finals.

“I plan to make this competition my final international assignment. I want to give my all to my country and myself because we have been in search of silverware for too long.

“If my coach gives me the opportunity to play at the upcoming AFCON, I’ll do my best and thereafter we’ll say goodbye. It’s going to be the end between Kolo Toure and the Elephants,” he said.

Toure is a member of Ivory Coast’s golden generation of footballers, who are yet to win a trophy after more than a decade of playing together.

Meanwhile, Liverpool defender Kolo Toure has insisted that the team will start to climb the Premier League table because of their willingness to take responsibility for what happens on the pitch.

The Reds secured their first league win in five attempts on Saturday with a 1-0 victory over Stoke City at Anfield, which moved Brendan Rodgers’s men up to 11th in the standings.

Toure believes that the positive result can be put down to the team’s resolve to turn things around.

“It was very important. Every game is really tough, and Stoke City are a really tough team to play. We’ve been in a difficult situation but the reaction was great,” he told Liverpool’s official website.

“When times are hard, the defence can take some criticism but that’s part of our job. We are used to that and as a team we just want to work well, defend together and fight for the team.