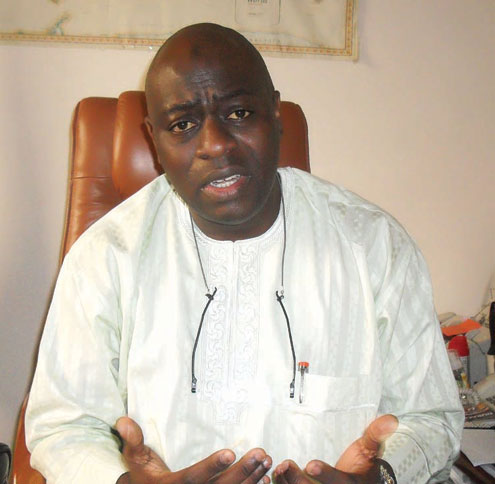 Balogun, a representative of Surulere Constituency 2 at the House, was one of the ten lawmakers of the House who lost out in the elections conducted at various centres within the state.

There was a stalemate in Kosofe Constituency 2 and a rerun was scheduled for Wednesday (today).

In Oshodi-Isolo Constituency 1, former Executive Secretary of the Agege Local Government, Stephen Ogundipe won the primary as the incumbent, Lawrence Ayeni, is running for the House of Representatives in Oshun State.

The election held peacefully in Mainland Constituency 1 where incumbent and Chairman, House Committee on Local Government Administration and Chieftaincy Affairs, Moshood Oshun, defeated other contestants for the seat.

Delegates and those who witnessed the election told P.M.NEWS that though it was a close tie with one of the contestants, Oshun won.

Nollywood actor, Desmond Elliot, won in Surulere Constituency 1 as the incumbent, Kabir Lawal, stepped down just hours before the commencement of the primary election.

In Shomolu Constituency 2, Rotimi Abiru, the Deputy Whip of the House, scored 144 votes against other contestants including Kemi Shobowale, who polled 80.

Meanwhile, sons of the chairman, All Progressives Congress, APC Lagos State, Otunba Henry Ajomale and that of the National Publicity Secretary of the party, Alhaji Lai Mohammed, are among those who clinched tickets for the Lagos State House of Assembly

Ladipo, the son of Ajomale defeated the incumbent in Isolo constituency 02, Omowunmi Olatunji-Edet and six others to grab the APC ticket. He polled 250 votes against Prince Olumide Ojoola’s 58 votes and Omowunmi Edet’s 37 votes.

Jimi Lai-Mohammed will replace the outgoing Speaker, Adeyemi Ikuforiji in Ikeja constituency 01, having defeated Wale Okesola and Kenny St. Brown (KSB) in the APC primary in the constituency.

Speaking on his victory, Ladipo Ajomale a lawyer, said he resigned as a Special Adviser, SA, to the deputy Governor, Mrs. Joke Orelope-Adefulire on Information and Strategy  to contest, saying his personal effort as a grassroots politician  paved the way for his resounding victory.

He said all he got from his father was encouragement.

Bisi Yusuf won with 695 votes, Odukoya and Kuye scored nine votes each, while Koiki had only one vote in his favour.