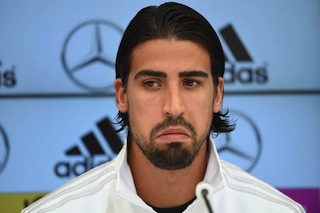 “Following the medical tests carried out on Sami Khedira by the Real Madrid doctors in the Sanitas La Moraleja hospital, the player has been diagnosed with a concussion,” the club said in a statement after Tuesday’s match.

“He will remain under observation over night. Pending a medical evaluation,” it added.

The 27-year-old German international collided with Cornella midfielder David Garcia shortly after halftime at Real Madrid’s Bernabeu stadium and after playing on for a few minutes he was replaced by Jese.

Real Madrid’s win over the third division side earned them the first ticket to the last 16 of a competition they are seeking to win for the 20th time.